A Story of Being Grateful, Expressing Gratitude, Being Generous

Once upon a time, there was a very poor man. He lives in an old cottage that is so bare that when you walk in, you can only see a square table and a chair. Nothing else. The poor man used to be a chef in a nearby restaurant but he met with an accident and broke his leg. After 2 months of recovering in the hospital, he realised he lost his job. He was devastated.

Several months later, he was still unemployed and was down to his last meal. The man sat in his chair with his filthy hands upon his face – all faith, belief, and liveliness in him was lost. At this very moment, a mouse ran up the table and bit his finger.

He told the mouse, “I have nothing for you to eat. I’m starving too.”The mouse stood up on its two tiny feet and said, “Well, I thought you were dead but it seems you are pretty much alive still.”Surprised by a talking mouse, the man who thinks – now he must be so hungry that he is hallucinating, said, “Go away, I’m not crazy.”

A few minutes passed, the man caught a delicious smell coming from his kitchen. As he draw closer to the aroma, he saw the tiny mouse stirring up a small bowl of “mouse tail” noodles (a Chinese dish). He was speechless but extremely hungry and immediately ate it all up – its taste brought colours to his dull pupils.

He looked at the mouse and asked, “How did you..?”The mouse said, “I was gifted with a magical tail. It grows and falls off everyday. It can be cooked to make a delicious bowl of noodles. It’s not much but you look like you needed some.”The man was amazed and asked, “Can you make me some more… ?”As the days passed, that’s how the man and the mouse survived in the little cottage – a bowl of mouse-tail noodles everyday.

One day, a nearby neighbour smelled the lovely aroma and came by to see what’s cooking. He tasted it, it was A-M-A-Z-I-N-G. And soon enough news spread, people were coming to have a taste of this magical mouse tail noodles. So much so, the man and the mouse set up a small stall in front of their cottage serving the amazing dish. They got so many customers coming in, they had to open up a bigger restaurant. That night, the mouse climbed up onto the square table, while the man was counting his daily earnings, and said “We can’t open up a bigger restaurant, my magical tail stocks are limited. If I continue cutting my tail off before it drops, I fear my health will be at stake.” The man, hidden behind his greed for more gold said, “Very well, we should not let you suffer more! We can buy flour and re-create your mouse tail with the same texture and sell that.”

The man and the mouse, worked very hard to experiment and re-create the same type of noodles replicating the magical tail. It worked! The customers did not even notice the difference and their restaurant business grew bigger and bigger with multiple chain stores opening.

The poor man who is now a rich man was very happy! He is now surrounded by famous and popular people who want a share of his success. His business is doing so well, he hired the best assistant in town to keep track of his riches and manage his business. But the man was not satisfied as he found fame and fortune. He started to intoxicate himself in liquor, party nights, and expensive lifestyle – getting home late, drunk and wasted.

One morning, he was woken by a frightening scream. His assistant rushed in pinching her nose and in the other hand, her two fingers were holding the tail of a dangling mouse. “I found this filthy mouse at your kitchen, sir!” The man, not fully aware that it’s his mouse friend due to the heavy drinking last night, said, “Get rid of it. It is of no use to me now.” The mouse shocked by this bit the woman’s fingers and ran away.. unseen forever.

After that very incident, things started to go downhill. The best assistant has stolen his secret recipe, created a rival restaurant, and made it even better. Customers were starting to leave the man’s restaurant and as the man is so accustomed to his luxurious lifestyle, he was then faced with amounting debts and lawsuits.

He was lost, broken, and poor once again. Everyone has left him. Then, he remembered his mouse friend who used to be his magical saviour at his deepest darkest moment. He started to call out to him, but his friend is no where to be found. Only his echoes greeted him from his bare house.

Mummy: Never be ungrateful to the people who have stuck by you through hardships. They are your most trusted friends. If you do, you’ll end up like the man.

Baby D: But why didn’t the mouse forgive him?

Mummy: The mouse has left him. You can’t hope for people to forgive you when you were wrong.

Mummy: Maybe the man can turnover a new leaf and start again.

Although this is a story for my 5-year old kid, I feel as leaders we must remember and be grateful for the people who have worked tirelessly beside us when we had nothing to offer them but only our sole purpose and cause. Just because,

Start your day with gratitude and you will be generous in what you have to give for the rest of the day. BE TRULY GRATEFUL NOT ONLY BY YOUR WORDS BUT ALSO THROUGH YOUR ACTIONS. 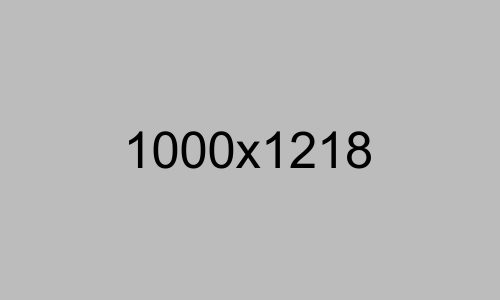 I started reading ‘A Promised Land by Barack Obama’...

Always make a total effort, even when the odds are agai...

A champion is defined not by their wins, but by how man...